The Guy in the Window is LIVE!

Available in KU, paperback, and as ebook on Amazon!

I was in the middle of my divorce when Adam messaged me. I believe his exact words were, “Hi. I think you’re my dad’s brother. Would you like to get to know me?”

My brother and I had never been close, so I’d only met his adopted son a few times when he was very young. Instinct told me to ignore the message, and I did. For a few days. It took an exhausting fight with my soon-to-be ex-wife and half a bottle of whiskey for me to change my mind.

Adam first became “sort of my nephew.” Next, he became the guy who helped me find an apartment in the building next to his. He was a sweet, cheerful young man doing his best to raise his four-year-old daughter, which led to him becoming the guy who wanted to help me patch up my relationship with my own daughter.

Then one night as I got ready for bed, I looked across the alleyway to the next building, where I saw him getting ready for bed too.

I couldn’t look away to save my life.

It was the night he also became the guy in the window. 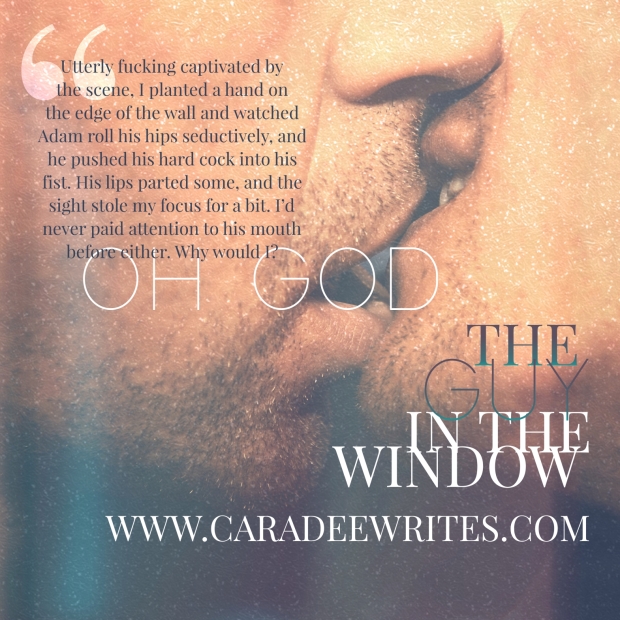 And hey, if you don’t have anything to do tomorrow, you should totally stop by my FB group for release day shenanigans. I’m giving away paperbacks, tumblers, gift cards, ebooks, and…oh, and first aid kits! Because sometimes, books hurt us. (This one won’t, though!)