We have an unwritten rule and a culture in Sweden that’s so deeply imbedded in us that it always catches me off guard when I see authors promoting their own work. This rule, this culture, states, not-so-roughly translated, don’t believe you’re better than anyone else.

We’re not supposed to toot our own horn and boast about anything where the credit belongs to us.

You have to be modest, and it’s like that old…

“I love your shirt!”

“Oh, this old thing?” It’s brand new. “It was on sale.” It cost half a freaking fortune.

It goes without saying that I absolutely suck at promoting myself, and it’s been a problem since I started publishing. It just wasn’t something that was encouraged when I grew up. It’s a stupid culture, and I’m trying to let go of some of it. Because you know what? I’m proud of the characters I create in my head. I’m proud of the universes I build, and I’m proud of the work I put in when I research and keep track of all the tiny details.

The Game Series is a new universe. It’s The Touch Seres 2.0, not necessarily new and improved but certainly heavier and more developed. This kinkster community gets their freak on in DC, and I hope you’ll enjoy it as much as I do. 🙂

Top Priority was the first novella, a prologue of sorts, yet it stands on its own. It centers around Lucas and Colt, two Daddy Doms who fall for each other despite the fact that their kinks don’t match. And now…the second book. Their Boy went live today(!), and we meet Lucas and Colt once more, this time from Kit’s point of view. It can also be fully enjoyed as a standalone; you don’t need Lucas and Colt’s background story. 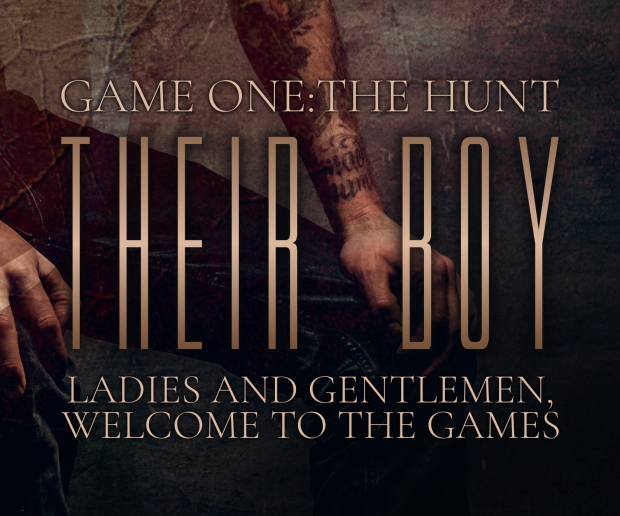 Left all alone in the world—and in a very big house—after the loss of his parents, Kit Damien has struggled to find his place in society and in the kink community he longs to be a more active part of.

Daddy Doms Colt and Lucas have been a happy, committed couple for eight years. But two Tops need a bottom, and their quest for a Little to make their lives complete has led them to Kit’s empty doorstep.

But just as with his physical wounds, Kit’s emotional scars won’t heal overnight. Colt and Lucas must challenge him at every turn to force him to open up and let them in, to let them use their own individual methods to make him whole again. Together, the three will embark on a journey to learn about true love, growing up, the importance of sprinkles, and the rules of The Game that can make them all winners.

So here’s me, promoting myself, and if Daddykink and triads are your jam, you should totally give Their Boy a chance.